It may not be that obvious for everyone, but beers are not made equal. While they’re all made with four essential ingredients, their flavors vary, and there are several types of beer, each a product of different brewing methods. If you’re thinking of starting a brewery business, it’s best to know the basics before attending a brewery class. That way, you’d learn faster and concoct unique brews easier.

Here are all the beer basics you need to know before starting your first brewery business:

The four essential or main ingredients of a beer are grain, hops, yeast, and water. Miss one, and you can’t make beer. However, you can still brew a fermented beverage without hops, but following the modern meaning of beer, hops can no longer be left out, otherwise, you’re not having a real beer.

Grains in beer are mostly malted barley, but you may use other grains as well. Grains provide color, flavor, maltose (fermentable sugars), proteins, and dextrins (fullness or viscosity) to a beer. Hops came from the hop flower, which blooms on a hop vine. It wasn’t a main ingredient in the past until brewers realized that beer needs bitterness and aroma, two things a hop provides along with added flavor and stability.

There are many various types of hops from different countries, such as rich Hallertau Blanc hops from Germany.

Yeast is named as the most important ingredient in a beer. It converts sugar into alcohol and carbon dioxide, defining the nature of the final product of the brew. There are two main classifications of beer yeast: ale and lager. Ale is top-fermenting, whereas lager is bottom-fermenting. The latter tends to be better at converting sugar into alcohol than the former. You’d recognize yeast as those bits that collect at the bottom of your glass when you drink beer.

Water, of course, is a no-brainer. Beer is about 90-95% water. The water’s mineral content can be adjusted depending on a beer’s style. 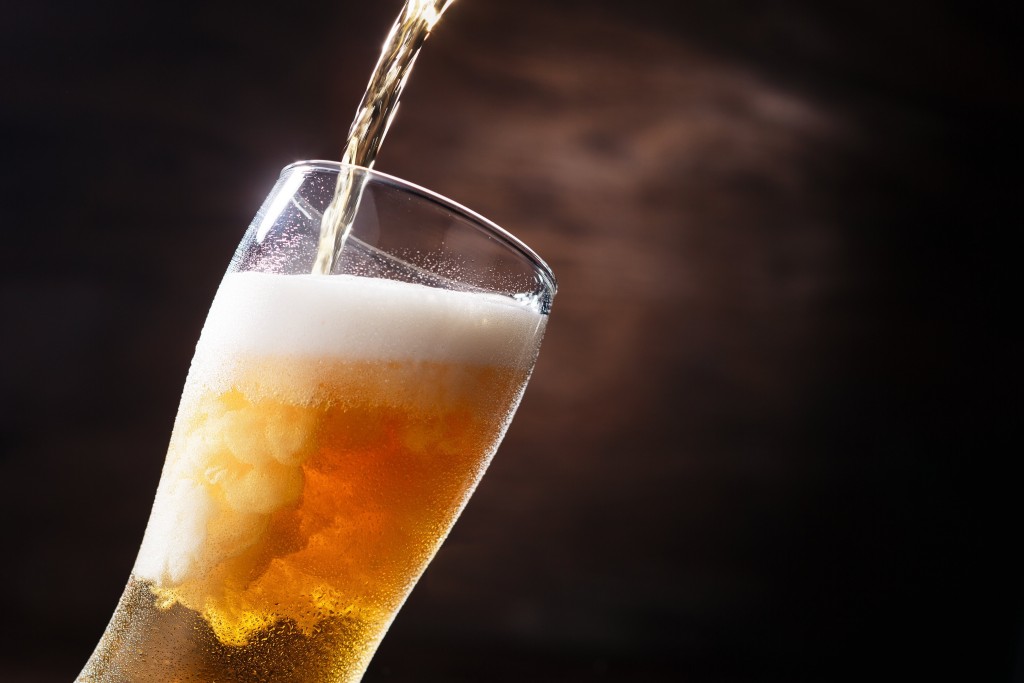 There are several styles of beer, but all styles fall to either of the two main categories: ale and lager. The yeast is what defines whether a beer is an ale or lager. Ale yeast thrives at temperatures between 60° to 70° F, hence ale beers are also called “warm and complex” brews. Lager yeast, meanwhile, thrives at cooler temperatures, typically between 46° to 55° F, and so beers of this type are also known as “cold and efficient” brews.

Ale style brews are best served close to room temperature. They’re flavorful and rich in aroma, but for this reason, they’re harder to pair with food. Examples of ale brews are stout, pale ale, and barley wine.

If you want a cold, refreshing beer, then lager style brews should be your choice. They’re less flavorful and their aroma is lighter, but that makes them an excellent food accompaniment. Pilsner, dunkel, and bock are some examples of lager style brew.

There are also so-called hybrid beers, which uses traditional brewing methods from both ale and lager. One can suppose they’re part-ale and part-lager. An example of a hybrid beer is Kolsch, which originated in Germany and is brewed with ale yeast in cold temperatures. Another example is steam beer, a brew from San Francisco that uses the opposite brewing method of Kolsch — using lager yeast but served immediately.

Based on these cases, however, the term “hybrid” is incorrect because both beers contain only either ale or yeast, not both. Therefore, hybrids can still be distinguished as ale or lager.

With these beer basics at your disposal, you can come into your first brewing class with some useful knowledge. Keep learning and be sure to try inventing your own concoction. It may just be the ultimate brew of all.