When it comes to good food, we are attached to what’s familiar, comfortable, and convenient for us. The top three restaurant setups that everyone from all walks of life loves diners, fast food joints, and food trucks.

Knowing about the history and value of these restaurant setups will help you understand what Americans have loved for many years. It will help you make informed decisions as an investor in the restaurant industry.

When it’s three o’clock in the morning and you’ve been on the road for hours as a truck driver, then you’re probably craving a steaming cup of Joe, a stack of pancakes, and strips of bacon on the side. Where will get these? Well, in a diner off the side of a highway.

The American diner started out as a boy’s club of sorts. This is because the workforce in urban areas is composed of male workers. Diners were a great place for them to grab a quick lunch for a cheap price. The population viewed diners as dingy and not a wholesome place fitting for families.

But, in the 1940s, the workforce shifted and moved factories to the suburbs. The usual patrons no longer relied on food from diners because factories often served their own lunches to workers. So the diner industry adapted and catered to a new set of customers: women and families. They became more welcoming of people of all ages. Diners began donning their iconic look: checkered tiles, leather booths, and Formica countertops. For years, this look prevailed and Americans became attached to it.

You might think that investing in a diner franchise is not modern and innovative. But, if there’s one thing you should always know, it’s that no matter how much people love to try out new things when it comes to food, nothing could beat comfort and nostalgia. They would always, always go back to dining places they know and love.

No matter how much people denied it, they would always be attached and fond of fast food. It reminds them of their childhood. It’s comfort food that’s consistent and always available. If they had a bad day, it’s most likely that they’ll crave a cheeseburger with a side of fries and a milkshake.

Before they became a worldwide phenomenon, fastfood restaurants started out because of the development of the highway system in the United States. The rise of a mobile, on-the-go lifestyle reflected in the daily needs of the people–especially their food.

They preferred food that’s delicious and brought to them in an instant. The assembly line became essential to fastfood restaurants in the 1920s. White Castle was the first to adopt the model of an assembly line in their kitchens. The success of it led to it becoming the country’s first fastfood chain.

Fast food is not known for its healthy components. But people love it for its familiarity and reliability. This is why it’s not surprising to see people from all backgrounds enjoy the same food. As an investor in the restaurant business, it’s always good to consider the wide reach of interested customers. 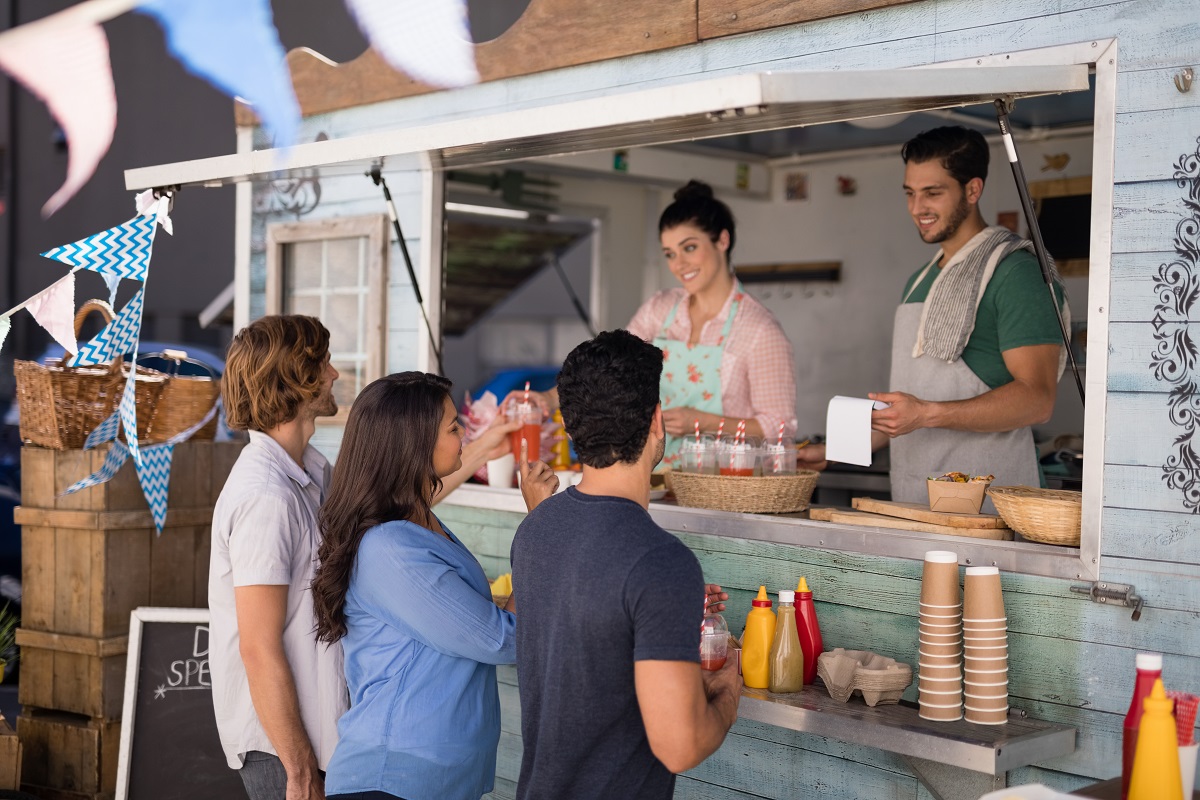 Food trucks also fostered the on-the-go lifestyle that Americans have been adapting for decades. Professionals, especially, are reliant on food trucks to sell them good food in a snap before they run back to the office for a meeting. Food trucks, then, have been dominating urban areas across all states.

It’s surprising to note, though, that this rather modern dining experience traces its roots all the way back to after the Civil War. The on-the-go crowd of that time is composed of cowboys and urban cowboys. So they were the usual customers of chuck wagons and pushcarts that served food. Chuck wagon cooks were called “cookies” and they’re known for serving baked biscuits as early as the crack of dawn. These wagons evolved through the years. Ice cream trucks dominated the streets in the 1950s. Then food trucks continued to evolve from there by serving burgers and tacos.

The on-the-go crowd will always be there to rely on food trucks to serve them their lunches and snacks.

Many people have said time and time again that investing in the restaurant industry is a huge risk. A lot of business owners’ investments didn’t pan out for a wide variety of reasons. There are too many competitors. Trends come and go so quickly that people could lose interest in a restaurant in a snap. The economy is going downhill so there are fewer people who prioritize eating at restaurants or interested in it at all.

But, if you’re set on being part of the restaurant industry, then it’s best if you recognize and understand the dining experience that Americans have trusted for many years.