Take a look around. Almost everything you see only exists today, thanks to the factory. Without the mass production that was made possible by the creation of the factory, which exists solely to produce the items that we use every day.

Factories have changed the way we produce and consume, thereby altering the very core of our everyday lives. That said, the factory itself has, too, evolved over time to better service the growing demands of the world population. From its early beginnings as a mere structure where workers would assemble products, to its current status today as a beacon of automation, factories continue to attempt to perfect the processes of production.

This is how the factory came to be the industrial behemoth we know it to be today:

While structures similar to factories existed in the ancient world — where people extracted metals from rocks and used these to create alloys — the factory system as we know it today did not come about until the Renaissance when workers began to congregate in a single location to produce a certain product. This replaced the domestic system, where individual workers created items in their own homes using simple tools. Early factories still relied primarily on human labor, rather than machines.

The Industrial Revolution beginning in the 18th century resulted in the mechanization of factories. The introduction of waterpower and the steam engine led to machines being used for the first time in order to rapidly speed up production and thus increase the number of items produced. Interchangeable parts — which paved the way for mass production by allowing the creation of standardized parts that could be used for any item of the same model — were also introduced at this time. 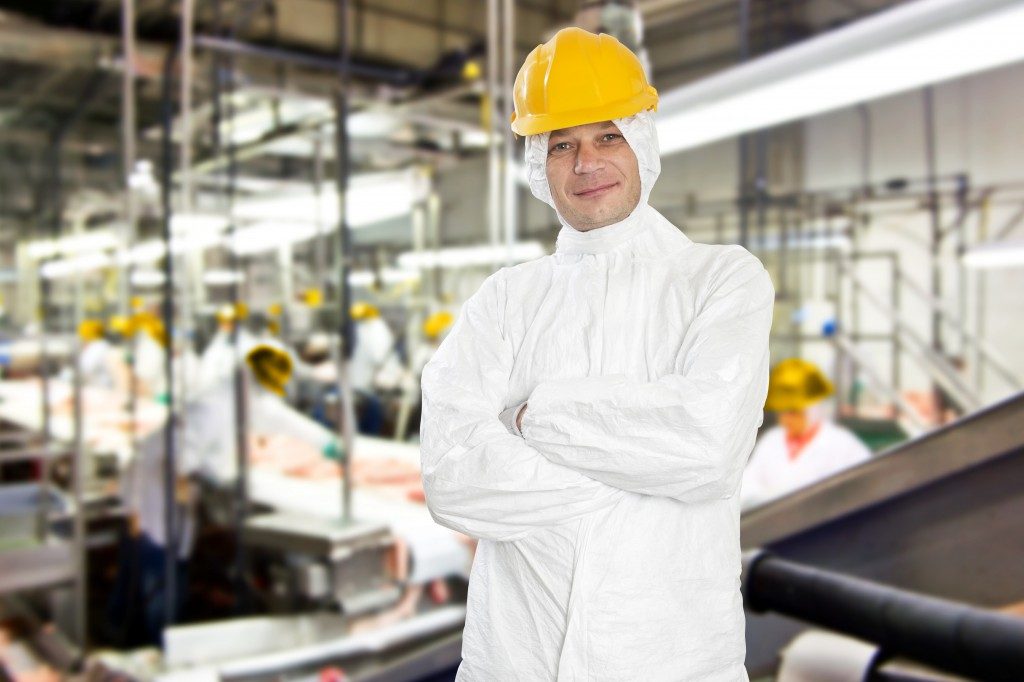 The factory system was further revolutionized in the early 20th century with the introduction of the assembly line method of production. Rather than having worker manufacture and assemble an entire item individually, the assembly line utilized specialized workers who each individually focused on creating the same part and feeding it to the line for assembly, along with other parts that other workers handled. This dramatically increased efficiency and decreased production costs, leading to the advent of mass production and consumerism as we know it.

Today, a good chunk of factory production is automated and focused on maximizing resources and efficiency. Everything from the beginning stages of production to quality control is mathematized and carefully analyzed in order to improve on cost-effectiveness and the quality of the items produced.

A good amount of technology is involved here, including a mat top and a table top chain conveyor, which essentially move items along the assembly line without the need for people to carry these from one station to the next, thereby boosting productivity and output. In fact, some countries already employ industrial robots in their factories to perform simple mechanical tasks, another great innovation to increase speed and output efficiency.

The factory system has truly shaped our way of modern life. Thanks to the innovation that led to its establishment — as well as the continuous innovation that it has enabled through the years — we are able to enjoy many of the conveniences that we take for granted each day. In a sense, we owe factories the entire world.