The word “chakra” comes from Sanskrit word for wheel. Today, you might know it as the term that yoga practitioners and other believers of New Age philosophies use to describe centers of psychic or spiritual energy in the body. This system first began in India thousands of years ago, when sages recorded them in the Vedas, ancient texts on spirituality and enlightenment.

According to some of these texts, there are 88,000 chakras throughout the human body. However, the seven major chakra centers are along the path of the spinal column. If you seek to tap into the benefits unlocking these chakra centers can offer, you can meditate with a guide or enrich yourself with knowledge about their mysteries and natures.

The path of enlightenment begins at the base of your spine and ends at the top of your skull with the final chakra. Each chakra bears a specific mantra, color, and symbol. Repeating the mantra during meditation is essential in unlocking the chakra’s energies.

Muladhara is also the Root Chakra and it is at the base of the spinal column. Muladhara’s color is red and its symbol is a four-petalled lotus. The Root Chakra symbolizes the nexus of your instincts, of your desire to live and to be self-sufficient. It governs your adrenal glands and gonads, and its mantra is “Lam.”

You can also call this chakra the Sacral Chakra and you can locate it above your pubic bone and below your navel. Svadhisthana’s color is orange, and its lotus symbol bears six petals. Its mantra is “Vam.” The Sacral Chakra connects with your relationships, your innermost feelings. It also bears the fruit of your creativity and controls your feelings of pleasure and of pain. It responds to the stability of your sexual and sensual self for it governs your reproductive system. 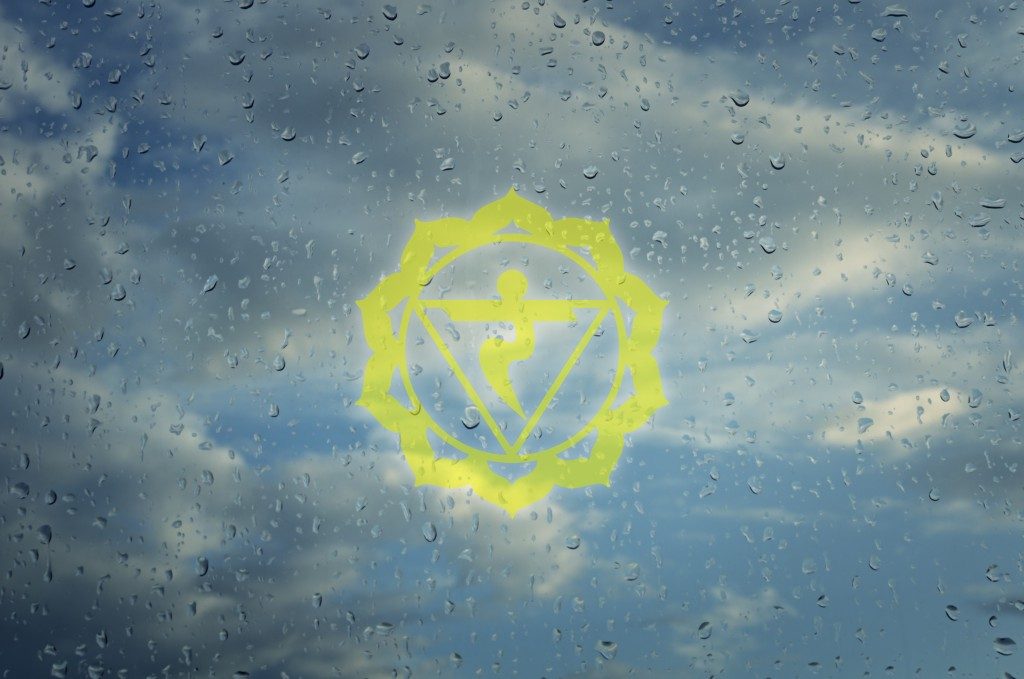 This chakra bears many names, among them are “the Solar Plexus Chakra” or “the Power Chakra.” However, its Sanskrit name “Manipura” means “lustrous gem.” A ten-petalled lotus with a triangle within is its symbol, as is the color yellow. Its mantra is “Ram,” and through it you are connected with your sense of power, worth, and energy. It controls your digestive tract and your metabolism.

The Heart Chakra is in the middle of your chest, and its color is the purest green. Its symbol is a lotus with a dozen petals and its mantra is “Yam.” Your ability to trust, accept other people, and love them is under the purview of Anahata. It is the source of your compassion and your sensitivity, as well as your immune system.

Vissudha is the Throat Chakra, the center of purity and your ability to communicate. A lotus with sixteen petals enshrining a crescent and the color blue are its symbols. The word “Hum” is its mantra. Vissudha facilitates your skills with the written and spoken word, and your ability to express yourself. Its control extends to your endocrine system and thyroid glands.

“Ajna” means “to perceive,” and you may know it as the third eye, the one between your eyebrows. The color of this chakra is deep indigo, and its lotus has but two petals. Its mantra is the famous “Om.” The Ajna controls the flow between your higher mental streams, your intelligence, and your ability to perceive the real and the spiritual worlds. Balance of the Third Eye Chakra bequeaths creative imagination and a fearsome intellect.

The Universal Chakra at the top of your head connects you to the universe. Yoga instructors may call this the Thousand Petalled Lotus, whose color is white or violet. It’s the nexus of your wisdom and the purity of your consciousness. Through it, you are one with the world, with devotion, selflessness, and awareness of the spiritual realms. Its mantra is silence; its power is to connect you with divine enlightenment.

Maintaining the balance in the seven chakras is essential to travel the path of enlightenment. Years and years of practice and meditation stand between you and the deeper understanding of the universe. But each journey must begin with a single step. Or a single mantra, repeated into the vaults of the world.