We’ve all heard briefs and flashes of the basics of the Ford Motor Company’s assembly line and how it simplified the production of modern automobiles, but the truth behind the assembly line itself is actually far more ancient than you might think.

Before the onset of machine building and automation, and the factory lines you find in Brazil, people found that the best way to manufacture goods and services was to have a process to move the product, not the people working on it. The first rudimentary assembly lines began like this and were gradually moved into the more mechanized process that we’re familiar with today.

As strange as it seems, Henry Ford was not the first person to pioneer the use of an assembly line in his car factory. Ransom Olds used it in the Olds Motor Company to produce the Oldsmobile Curved Dash, the first mass-produced car.

However, Ford’s case is the best documented due to its integral part in establishing the American automotive industry. Most people know that the first Ford Model T was the initial product of this assembly line, or that it was able to produce a car in 93 minutes. However, did you know that the first prototype of this was inspired by a trip to a Chicago slaughterhouse?

William Klann got the idea for the Ford assembly line upon visiting a Swift & Company slaughterhouse and viewing what he called the “disassembly line” where pig carcasses were moved along a conveyer belt. He pitched this idea to Ford executives upon his return to the factory to reverse the process for car production. After a few tests, Ford himself approved the process, having visited a similar operation of a mail-order handling facility located in Seattle. 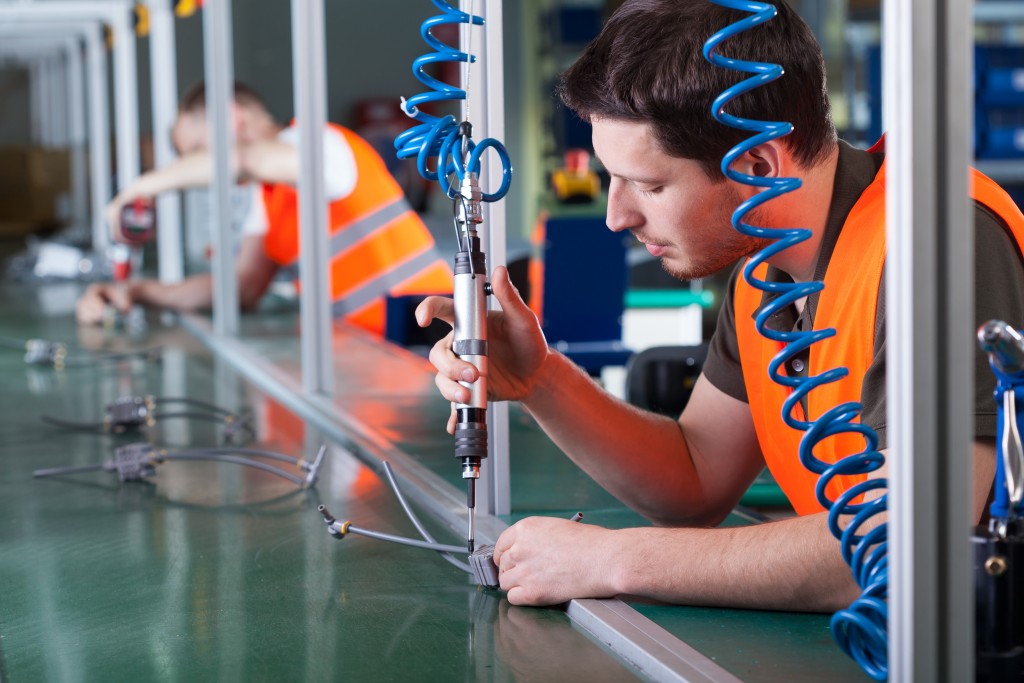 However, hundreds of years before Ford, the Venetian republic was already experimenting with large-scale movements of goods and services to assemble into one whole ship. Called the Venetian Arsenal, this complex of shipyards, supply stores, and warehouses in Northern Italy led the country’s navy a force to be reckoned with during the second millennium.

This was remarkable as no other country in Europe was able to replicate or come up with a similar system of shipbuilding until much later. With the city of Venice being home to many canals, the republic thought it was an easier process to just float the ships down to the construction sites, instead of the workers and materials coming to a specific gallery.

This marvel of medieval engineering was something that wouldn’t be replicated until Ford’s own assembly line came to be almost a century later. The degree of efficiency was the same. While most other countries in Europe took months to build a single ship, the Venetian Arsenal could construct a fully fitted merchant or military vessel in a matter of days.

What’s in store for the automation sector in the future? Likely even more processes that intend to reduce building costs and harm to workers. However, it’s important to note that human supervision can never be truly removed from the production process. There are things that a machine can’t do and understand.