Industries started using asbestos without fully knowing its hazards. As people found out how dangerous it can be, rules were eventually set in place to regulate its use. However, some of us remain vulnerable to its dangers, which is why we should understand what asbestos is and how it can be a threat to our health.

Asbestos is what we usually call six unique, naturally-occurring minerals that are bundles of thin, needle-like fibres. Asbestos minerals are known for their great tensile strength, and resistance to corrosion, heat and electricity. Their fibres can be parted into thin, durable threads that are used for a wide variety of commercial and industrial applications, such as construction and electronic manufacturing. It is commonly mixed with other materials, like paper, cloth, cement, and plastic, to make them stronger and provide insulation.

How is it so dangerous?

Being in close proximity to asbestos puts someone at risk of inhaling and ingesting asbestos dust. The dust could then become lodged in the tissues of vital organs and since these fibres are needle sharp, it would be very difficult for the body to dislodge and expel the asbestos particles. Over time, these fibres can cause irritation, inflammation and scarring on the tissues, which would lead to a number of illnesses.

What are the illnesses caused by asbestos?

Some effects of long-term asbestos exposure may not manifest for several decades after initial exposure, and these effects can be symptoms of asbestosis. The sole cause for asbestosis is exposure to asbestos. It is characterised by scarring in the lung tissues that lead to chronic breathing complications. A cure for this disease is yet to be discovered, but there are treatments available to alleviate its symptoms.

Mesothelioma is another illness primarily caused by asbestos exposure. It is an aggressive and malignant cancer that results from the asbestos fibres lodged in the linings of the lungs, heart or abdomen. Fibres embedded in the tissues of these organs damage the mesothelial cells and cause inflammation in the tissues. Tumours can then begin to form on the damaged cells. They could be benign, but when the tumours prove to be cancerous, most patients have approximately 12 months to live after diagnosis.

Other asbestos-related conditions include pleuritis, pleural effusions and plaques, and chronic obstructive pulmonary disease (COPD). Other cancers, such as lung cancer, ovarian cancer and laryngeal cancer, may also be connected to asbestos exposure.

Who are at risk of asbestos exposure? 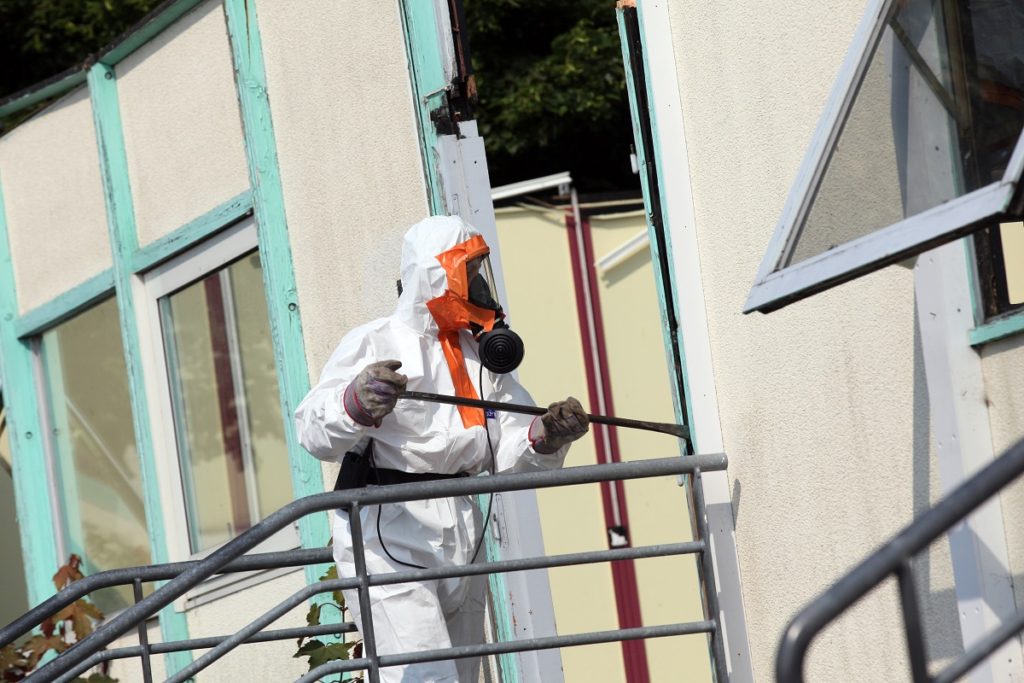 Those who are at the most risk of becoming ill due to asbestos exposure are people who work directly with the material, such as demolition workers, firefighters, drywall removers, and automobile workers. Wearing respiratory protective equipment and other protective clothing would help minimise asbestos exposure to harmless levels. However, studies show that smokers who are regularly exposed to asbestos are more likely to develop lung cancer as well.

As naturally occurring minerals, low levels of asbestos can be found in the air, water and soil anywhere in the world. This kind of minimal exposure is not enough to cause asbestos-related illnesses for most people. However, it is best to take precautions against asbestos exposure especially if you work in industries that regularly deal with these minerals.